The midwit meme or bell curve meme is the most important meme of this generation. It has been out in the wild for over 5 years (give or take, we’ll cover that in the history section) and continues to be regularly used across literally all aspects of our lives: from relationships to life advice to productivity to everything in between.

My thesis for why it’s proving to be so lindy and versatile is because it concisely articulates the path to enlightement.

If you’re already familiar with the midwit meme, feel free to skip this section. But for some quick background context, the midwit meme refers to a type of meme format that looks like this 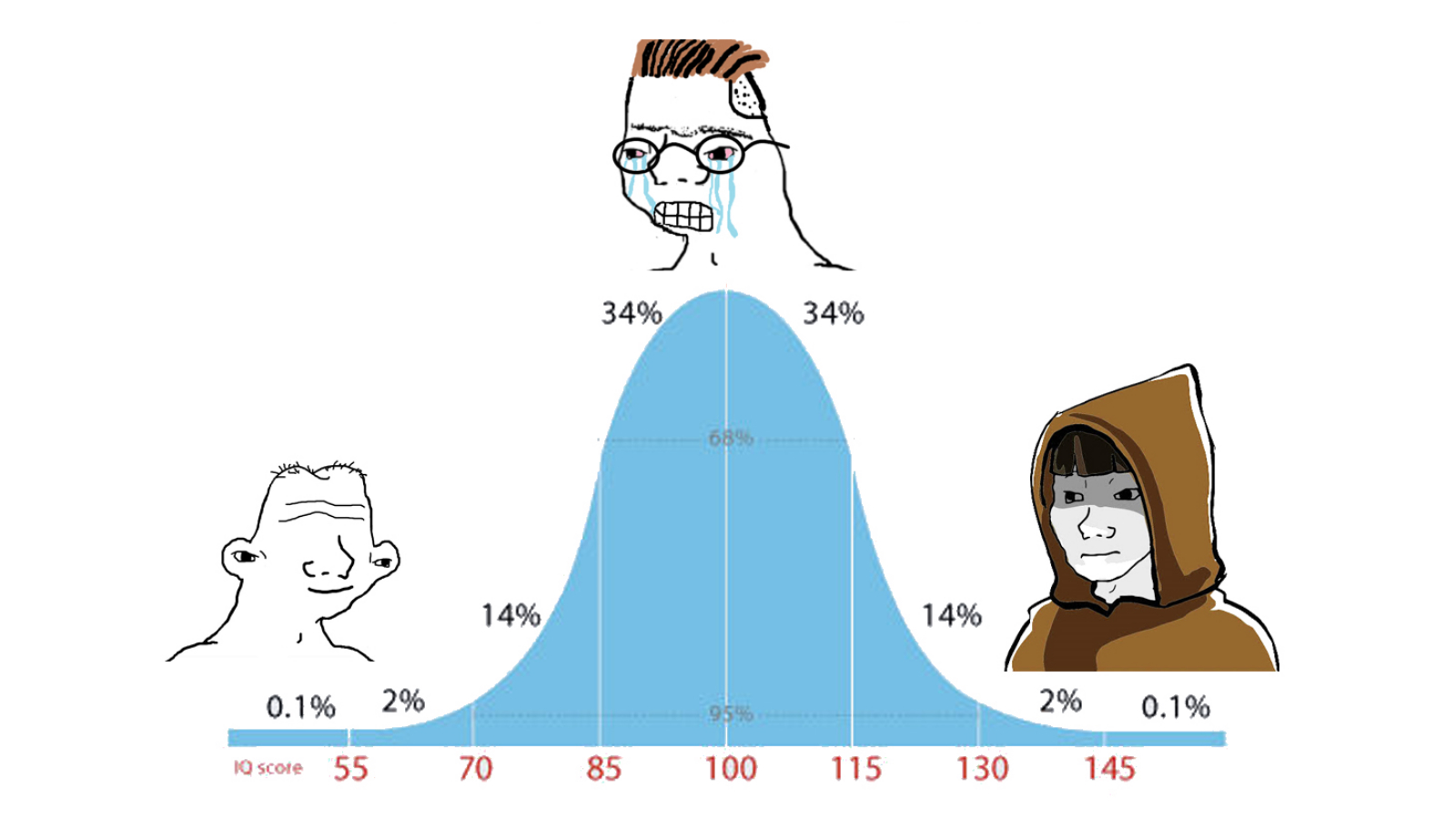 The general pattern that it follows is beginners and experts share a love of simplicity that infuriates the midwit. For example, the person at the low end of the IQ curve, call them the beginner, will say something that seems simple or obvious, like “you only need a to-do list”.

Then the midwit or the person in the middle of the spectrum will attempt at overcomplicating, overoptimizing, or overanalyzing the situation. To continue with this example, they may say “NOOO, you need to use five different productivity apps, each segmented by categories, a calendar for mapping events, an app for high priority items, an app for…..”

Then the master or the person at the high end of the bellcurve will agree with the beginner, in this case “you only need a to-do list”.

Some examples in the wild 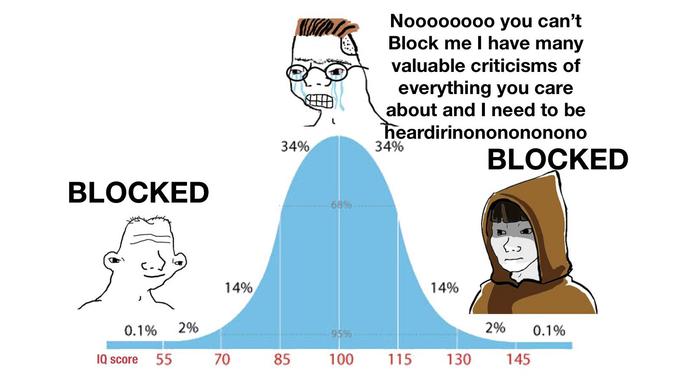 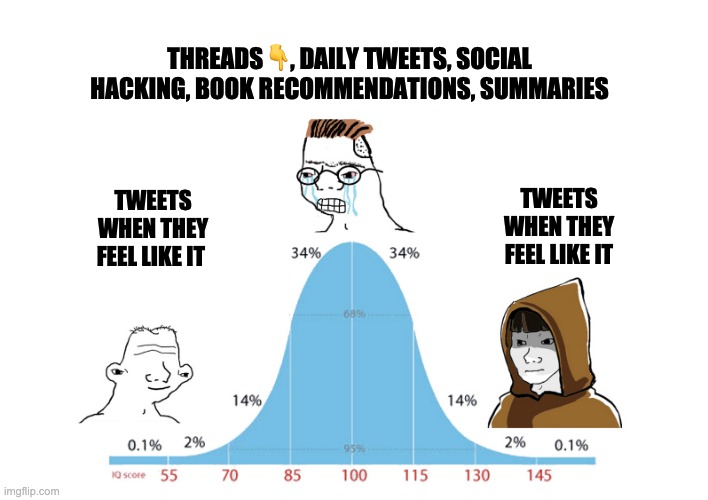 The general intutition is that midwits think that, despite only having above-average intelligence, they are far superior and posess much higher intelligence than they actually do. And so they dangerously assume that they can overoptimize, overanalyze, and in general beat the system at their own peril.

I will avoid the history and background of this meme, but you can refer to its origins here.

Why this meme is important

I think that this meme concisely summarizes the idea of enlightenment in a way that is applicable to all aspects of our lives.

The modern age has led to an increasing amount of utilitarianism, people want to maximize producivity, minimize time-wasted, maximize wealth, power, and influence. Everything has turned into a math equation that people are desperately trying to optimize: maximize outcomes and minimize inputs. Unfortunately, there are no shortcuts to understanding the human condition and self-actualizing. Nothing beats hard-earned experience. One thing that I don’t think people realize is just how lindy all of the age-old truisms are about life.

Stuff like “work hard”, “do what you love”, “journey before destination”. Have you ever stopped to ask yourself why this advice still holds today? Why after millennia of human stories and experience, do we still find the same values in stories? Why do we still bond over relationships? Why do we find shared understanding in our struggles? In a world where technology shapes society and technology is rapidly evolving, why does mastery seem so simple and elegant? It’s because although technology rapidly evolves, and society develops as a result, the human condition remains the same. Reality’s backdrop may change, but the fabric of reality has and will always remain the same.

Although the midwit thinks they have found a global optima, the midwit is in fact trapped in saddle point, in a local optimum. The midwit wants the shortcut to the top but there is no shortcut to self-actualizing.

There is no shortcut to enlightenment. Enlightenment is not about some translucent higher-order state understood via words or shielded by some secret we must discover. Enlightenment is about understanding the human condition through experience. It’s about living and internalizing the advice that you constantly hear. The midwit may use fancy terms, they may memorize, but the enlightened understand. The value in age-old truisms is not the words or the quotes themselves, it’s the deep intuitition that comes with understanding their depths and nuances. The words are the architects that sketch the model and show you what to follow, but the experiences are the foundations that give life and depth to the model.

All of this is not to directly call out people in particular. There are no midwits per se. The midwit is inside all of us, lurking, trying to persuade us to take short-cuts through words and techniques instead of experiences.

We must resist the temptation to give in, and call them out when they try arrogantly judge, condemn, and spread the poison of mediocrity and complexity.

We are all capable of becoming the master, the first hill we must climb is the basics, but the second and far harder hill to climb is the force of the midwit inside of us.

Beware of the midwit lurking inside of you.

The midwit condems others in order to feel smart at the price of their own peril.

Beware of the midwit anon.